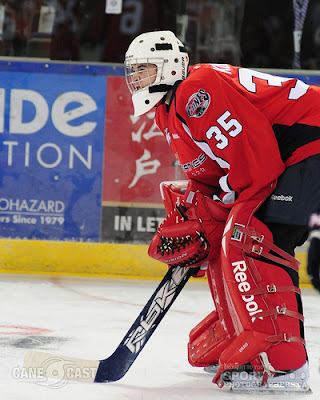 The Lethbridge Hurricanes announced Thursday that they have re-assigned Goalie Tanner Kovacs to the Alberta Junior Hockey League.

Kovacs was competing for the backup goalie spot with Christopher Tai, but will now head to the Whitecourt Wolverines this season.

Before relocating to Whitecourt in the off season, Kovacs was with the St. Albert Steel after being re-assigned to the team last November by the Hurricanes.

The 18 year old played three exhibition games with the Hurricanes this season.