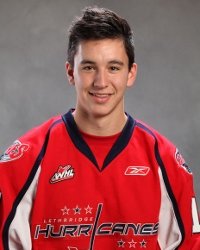 We were able to fulfill his request to start a new chapter in his hockey career and wish him all the best. Hurricanes Head Coach and GM Rich Preston added “the second and fifth round picks are good assets that we can use down the road to acquire a player to fill a need or to use in the draft.”