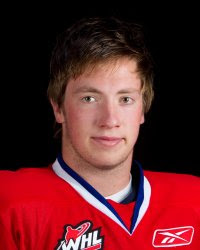 Lethbridge Hurricanes General Manager and Head Coach Rich Preston announced today that the Canes have acquired forward Matt Marantz from the Spokane Chiefs in exchange for a 4th round pick in the 2012 WHL Bantam Draft.

Marantz is expected to be in the lineup as early as tomorrow night for the Hurricanes Home Opener. The Hurricanes Dairy Queen Home Opener is set for Friday, September 30th when the Canes open the doors of the newly renovated ENMAX Centre for the first time with a matchup against the Calgary Hitmen.

This blog post is brought to you by http://www.clearlylethbridge.com/.
Posted by Pat at 15:55