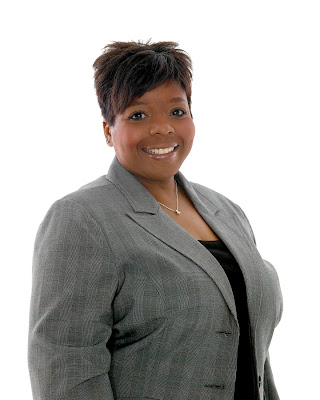 The Lethbridge Hurricanes are proud to announce that Esther Madziya is joining the organization as Communications and Public Relations Manager. Effective Oct. 1st Esther will begin with the Hurricanes as she transitions from her role with CJOC in the popular morning radio show at CJOC 94.1 “Mark and Esther in the Mornings”.

“We are very excited to have Esther joining our organization” said Jim Bradley, Hurricanes Business Manager, “Her back ground, experience and passion for junior hockey instantly made Esther a strong candidate. It was demonstrated in the interview process that Esther genuinely believes in the direction of the Hurricanes franchise, both on the ice and on the business side. The organization is working hard every day to maintain and grow fan engagement and consumer demand, the contemporary Communications and Public Relations role is critical in today’s marketplace and Esther will be an important contributor to our future success.”

Esther has always been a first class media representative, I have been impressed by her professionalism and insight.” said Rich Preston, Hurricanes General Manager and Coach. “As a journalist, Esther was always well prepared; she asked fair and balanced questions, she will be a strong asset to our organization.”

Esther is thrilled to be joining the Hurricanes organization. “I have always enjoyed working in junior hockey, whether it was my time covering the Saskatoon Blades, the 2010 World Juniors or more recently the Hurricanes Report” said Madziya “After a few meetings with Hurricanes management, it was clear to me that this was an opportunity I wanted to pursue. The organization is clearly getting stronger, on the ice with the influx of impact players, and the business team has shown innovation and a fresh approach to marketing. With this new role, I look forward to working with both sides of the business”

Esther graduated from SAIT in 1998 with a Diploma in Journalism - majoring in Broadcast News. After an early stint covering the Lethbridge Hurricanes, Esther became News Director with Global TV Saskatoon. As a reporter and sports anchor, Esther covered the local sports scene, which eventually included the 2010 World Junior Hockey Championships. Winner of the Fred "Gus" Collins Award for coverage of University Sports in Saskatoon, Esther took a position with CJOC 94.1. She jumped at the opportunity to return home to once again cover local news and junior hockey as the Hurricanes weekly reporter.

The role became available when longstanding Hurricanes’ Communications Manager Ryan Ohashi took a position with the Edmonton Oil Kings franchise. “Ryan is an unbelievably talented individual, he brought tremendous insight everyday” said Bradley, “It was a fantastic opportunity for Ryan and we wish him tremendous success in his new role”

This blog post is brought to you by http://www.clearlylethbridge.com/.
Posted by Pat at 14:58