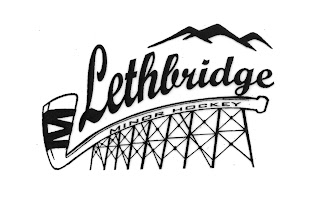 The Lethbridge Hurricanes will be teaming up with local minor hockey associations for their 2011 preseason. The Canes will be a part of six preseason matchups this fall including several “Home” games - a September 8th game against the Calgary Hitmen in Taber in support of Taber Minor Hockey, a September 14th game against the Medicine Hat Tigers at Nicholas Sheran Arena in West Lethbridge in support of Lethbridge Minor Hockey.

Tickets for both the Taber and West Lethbridge games – on September 8th and September 14th are priced at just $10 with shared proceeds from the sales going to support minor hockey – Each ticket also includes a youth voucher for a future Lethbridge Hurricanes regular season game. Tickets are available through their respective minor hockey association with puck drop set for 7PM both nights.

“We’re very proud to once again partner with the Lethbridge Hurricanes” said LMHA President Keith Hitchcock “It’s through their support that we are able to ensure quality, accessible minor hockey programs for kids of all ages in the Lethbridge and southern Alberta area”

In addition to these games the Canes will take part in a pair of games against the Kootenay Ice (September 16th) and the Hitmen (September 17th) in the Crowsnest Pass as part of the annual “Thunder in the Pass” preseason tournament in support of Crowsnest Minor Hockey. For ticket information and pricing on both of these matchups in Coleman – simply contact Chad Petrone at 403-563-0111.

This blog post is brought to you by http://www.clearlylethbridge.com/.