The Canadian Hockey League last week announced the 10 national award winners for the 2016-17 season including Chicago Blackhawks prospect Alex DeBrincat of the Erie Otters who earned Sportsnet CHL Player of the Year honours. 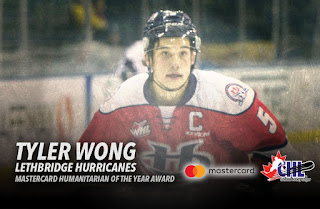 The awards were presented as part of the 2017 Mastercard Memorial Cup festivities in Windsor. 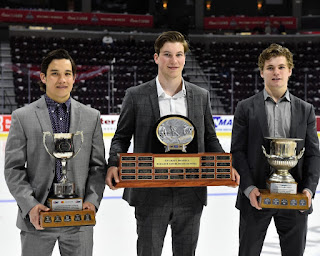 Lethbridge Hurricanes captain Tyler Wong is the CHL’s Humanitarian of the Year after being named a finalist for the award last season, establishing himself as an exceptional ambassador for his team and the league both on and off the ice. The 21-year-old from Cochrane, AB, carried forward the ‘Canes KidSport program he introduced a year ago which donates $5 to KidSport Lethbridge & Taber for each goal he scores. Powered by 51 goals of his own and with the help from teammates, alumni, and the community, the initiative surpassed all expectations and raised over $13,000 this season. Finalists for the award were Garrett McFadden of the Guelph Storm and two-time nominee Samuel Laberge of the Rimouski Oceanic.