The Lethbridge Hurricanes Hockey Club announced Friday that Assistant Coach Mike Craig will not return for the 2017-2018 season as he will pursue other opportunities.

Craig, 45, spent four seasons as an Assistant Coach with the Hurricanes serving under Head Coach’s Drake Berehowsky, Peter Anholt and Brent Kisio. Craig was originally hired in August of 2013. 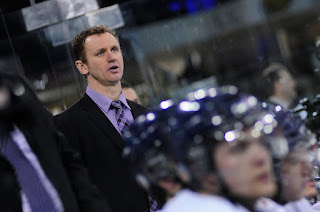 During his tenure with the Hurricanes, Craig was a key member in helping the franchise build towards success. After a 12 win campaign in his first year, Craig remained and was a big part of helping the ‘Canes improve every year including guiding the Hurricanes to back-to-back forty win seasons and helping them to the Eastern Conference Championship Series in 2016-2017.

“I have enjoyed my time with the Hurricanes and am grateful for the opportunity they have given me to start my career in coaching,” said Craig. “I am very proud of what we have been able to accomplish over my time here but feel it is time to pursue other opportunities in hockey. I wish the Hurricanes organization continued success moving forward.”

After assuming defensive coaching responsibilities in 2015, Craig helped develop the Hurricanes defensive core as a sound and steady group. In 2016-2017, each member of the ‘Canes defensive core finished with a plus rating while totaling career high in numbers led by Brennan Menell who finished second in scoring among defenseman in the Western Hockey League with 71 points (12g-59a).

“Mike has been a great Hurricane for the last four years and was a big part of the resurgence of the ‘Canes,” said Hurricanes General Manager, Peter Anholt. “He is good friend and I wish him and his family all the best in the future. Mike will always be highly regarded within our organization for what he brought to our team.”