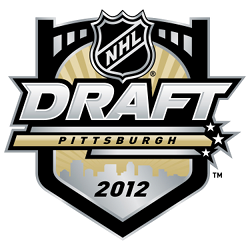 The lives of hundreds of junior hockey players will change forever this weekend as the National Hockey League holds its 2012 Entry Draft.

The Lethbridge Hurricanes do not have a ranked first round prospect, but they do have 6 players on their 2011-2012 roster who are in their draft year and could see their name called this weekend in Pittsburgh.


Five of the draft eligible players are Forwards (four of them are rookies with the club), while the other is a goalie. The contingent of forwards features the only Hurricane to be ranked by Central Scouting; Phil Tot (at number 100), Russ Maxwell, Sam McKechnie, Jaimen Yakubowski, Juraj Bezuch and Tanner Kovacs.


At 18 years of age, a late birthday makes Phil Tot one of the oldest first time draft eligible players this year. He’s had to battle injuries over the past couple of seasons, but he came back to have his most productive year in the WHL finishing with 45 points (14G, 31A) in 61 games, a minus-24 plus/minus rating and for the first time all season he was ranked by Central Scouting in their final year end rankings.


Russ Maxwell joined the Hurricanes and made an immediate impact as a 16-year old rookie on the team. He played 69 games his first season and registered 24 points and was also named the Hurricanes 2011 Rookie of the Year. This past season, Maxwell was one of only two ‘Canes to play in all 72 games and he finished with career highs in goals (15), assists (16) and points (31).


Like Maxwell, rookie Sam McKechnie also played all 72 games for the Canes this year scoring 13 goals while adding 17 assists for a 30 point rookie campaign. The native of Airdrie, AB only got better as the season went on and had his first multi-goal game back in February at home against Prince Albert.


18-year old Jaimen Yakubowski finished his rookie season with 28 points in 68 games. The 16 goals Yakubowski scored were also the most of all rookies on the team. The native of Dalmeny, SK also finished off the year with a plus-4 plus/minus rating which was also the best on the team this year.

The draft eligible forwards from the 2011-2012 Hurricanes are capped off by 2011 CHL draft import, Juraj Bezuch of Skalica, Slovakia. The 5’8, 165 lb., Bezuch became a hit with the fans with his blazing speed and his moves in the shootout. Bezuch also got better as the year progressed finishing with 21 points (8G, 13A) in 67 games. Bezuch got his first taste of the WHL this past season, but prior to joining the Canes, he had been a member of both the U18 and U20 Slovakian National teams.

Goalie Tanner Kovacs only played 3 games with the Canes this year and was eventually sent down to the Alberta Junior Hockey League ranks due to the Canes having 3 goalies on the roster. The St. Albert, AB native was 0-2 with the team but in the AJHL he played nearly every game and was returned to the Canes once the St. Albert Steel closed out their regular season.

Nail Yakupov of the Sarnia Sting (OHL) has been tabbed the top North American skater eligible for the draft. The 18-year old was the No. 1 North American skater on January's mid-term report as well as in the final draft rankings by Central Scouting. There are six WHL’ers in the top 15 (2 – Ryan Murray, 5 – Morgan Rielly, 10 – Griffin Reinhart, 11 – Mathew Dumba, 12 – Derrick Pouliot and 14 – Colton Sissons.) Lethbridge native, Lukas Sutter was ranked 39th in the final rankings.