Well that was one hell of a playoff series!

The Lethbridge Hurricanes, facing playoff elimination three times, managed to fight their way back and finish off the Red Deer Rebels 6-2 in Game 7 at the ENMAX Centre Tuesday night. 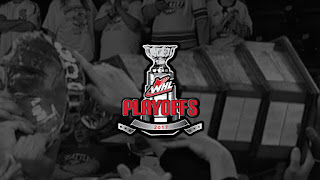 After being down 3-1 in the series, the Canes made some key adjustments in their game and rattled off three straight wins to take the series 4-3. It's the first time in the Hurricanes 30 year history they've come back to win a series after being down three games to one. The Canes deserve a boat load of credit, because the odds were not in their favour. They had not played overly well in three of those first four games. They failed to capitalize on their chances, were giving the Rebels too much room and paid the price. In the end though, Brent Kisio's group and their on-ice leaders dug really deep to pull out an epic comeback. The energy at the ENMAX Centre, especially in the last two home games has been nothing short of electric. That's played an important roll as well in my opinion.


I heard way too much complaining that the referees were handing Red Deer the series with several calls or non-calls. You know what? In the end, regardless of how the game is being called, it's up to the team to play through that stuff and get the job done. No one is complaining now. The Hurricanes took matters into their own hands and got the job done. Penalties are going to be called and missed in every game. The WHL doesn't have it out for the Hurricanes as some people seem to think. It's about buckling down, not making excuses and taking care of business. That's what the Hurricanes did and they deserved to come back and win this series. I think being down 3-1 in the series was a massive wake-up call for the Canes. Let's hope this momentum carries over into round two! 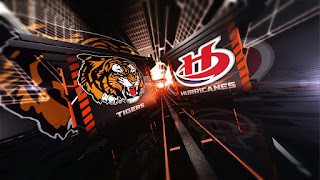 Now things start to get interesting. This second round series has been 21 years in the making. The Hurricanes are Tigers last met in the post-season in 1996. The Hurricanes are going into this series with only a couple of days rest, while the Tigers have will have been off for ten days since easily dispatching the Brandon Wheat Kings 4-0 in their opening round playoff series.

The Canes and Tigers had a close regular season series, with Medicine Hat taking 4 out of the 7 games. Head-to-head, the Tigers out scored the Hurricanes 38-27 in those seven games, with a few of them being quite high scoring affairs. Tyler Wong was the best Hurricane player against the Tigers in the regular season, with 5 goals and 5 assists for 10 points. David Quenneville lead the Tigers offensively with 9 points in those games.

Congratulations to the Hurricanes. They earned it!

Bring on the Tigers.