The Lethbridge Hurricanes’ Board of Directors announced Monday that the organization and General Manager, Peter Anholt, have agreed to a three-year contract extension.

Hurricanes President, Doug Paisley, says it’s an exciting day for the organization, “The Board of Directors are extremely pleased to announce that we have come to an agreement with Peter Anholt on a three-year extension to continue to lead the hockey operations of the Lethbridge Hurricanes WHL franchise.” 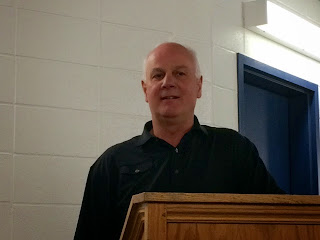 Anholt says he’s excited about the opportunity, “I’m really excited that we got it put together. That’s the first domino that has to fall and now we can continue to move forward and plan accordingly for our hockey club.”

Anholt began his career in the Western Hockey League as an assistant coach with the Prince Albert Raiders. He has served as head coach of the Raiders, Seattle Thunderbirds, Kelowna Rockets and the Red Deer Rebels. He was a scout with the Thunderbirds prior to joining the Hurricanes organization.