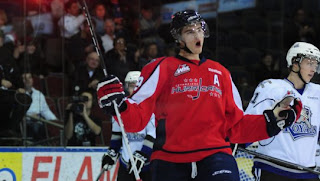 Lethbridge Hurricanes Captain Brody Sutter is getting his shot at the playoffs this time in the American Hockey League with the Charlotte Checkers. The 2011 7th round draft pick of the Carolina Hurricanes celebrated an exciting 6-5 shootout win in Medicine Hat Saturday night to cap off his Western Hockey League career with the Canes and Tuesday, he’ll board a flight headed for the AHL.

“I’m excited for the opportunity and a new experience. It should be fun and I hope to help them make the playoffs as well learn a lot from them” said Sutter Sunday afternoon as he arrived for the teams exit interviews with the coaching staff. The Charlotte Checkers currently sit in 7th place in the AHL’s Western Conference with 72 points and he’ll join former Lethbridge Hurricane Zach Boychuk and his cousin Brett Sutter.

Sutter was named the 21st Captain in Lethbridge Hurricanes history after the WHL’s January 10th trade deadline when his teammate Cam Braes was dealt to the Moose Jaw Warriors. Sutter finished his 20-year old season with career highs in Goals (30), Assists (30) Points (60) and Penalty minutes (49) in 65 games, while in his 4 years in a Hurricanes uniform, he played 213 games, with 57 goals, 66 assists and 123 points.