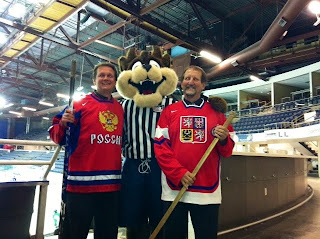 “I can't imagine a more exciting sporting event than watching a hockey game between two international powerhouses, and that's exactly what the fans will have an opportunity to experience in Lethbridge this December," said Mayor Rajko Dodic.

“As a proud member of the Canadian Hockey League and Western Hockey League, we’re pleased to be working in conjunction with the City of Lethbridge and ENMAX Centre to bring a World Junior pre-tournament game to our fans,” said the Lethbridge Hurricanes Board of Directors.

“The ENMAX Centre is pleased to have the opportunity to showcase the world’s top junior hockey talent in Lethbridge,” said ENMAX Centre sales executive Jordan Dekens. “We are excited to work with Hockey Canada and the Lethbridge Hurricanes to make this a successful event.”

Tickets for the game will go on sale to Lethbridge Hurricanes season ticket & Club Seat Holders on Friday, Oct. 21 at 10 a.m. MT, and to the general public Wednesday, Oct. 26th. Tickets can be purchased by calling (403) 329-SEAT.