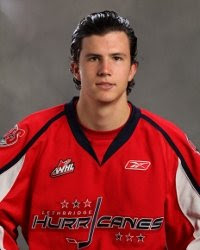 With three goalies on the roster, Lethbridge Hurricanes General Manager/Head Coach, Rich Preston, announced today the team has traded 19 year old Goalie Brandon Anderson as well as their 3rd and 6th round picks in the 2012 Bantam Draft to the Brandon Wheat Kings in exchange for Goalie Liam Liston and Defenceman Spencer Galbraith.

Both players are expected to join the team sometime on Monday.