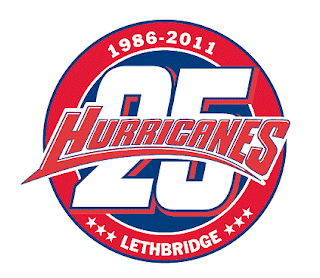 The Lethbridge Hurricanes kick off their 25th season in the Western Hockey League tonight against their biggest rivals, the Medicine Hat Tigers.

The Canes will be gunning to make the post-season for the first time since the 2008-2009 season. Lethbridge will carry a roster of 16 forwards, 9 defencemen, and 3 goaltenders into this new season, including 12 players who will be playing in the WHL for the first time. The Hurricanes are coming off their most competitive training camp in years, but only managed one win in the pre-season.

The hockey club will have Brody Sutter and Brandon Anderson back in the line-up. Both players were released after attending NHL camps the past few weeks. Anderson is expected to start in goal tonight against the Tigers. A question mark still surrounds the health of overage forward Austin Fyten. He suffered an injury in the pre-season and it still isn't known just how long he might be out.

This is the start of Rich Preston's third year as G.M. and Head Coach of this hockey club. Making the playoffs must be the ultimate goal for what will be a young, but skilled and talented hockey team. After tonight, the Hurricanes will head to Cranbrook next Tuesday for a game against the defending WHL champions, the Kootenay ICE. Lethbridge will hold it's home opener next Friday against the Calgary Hitmen and then host Regina a week from tonight.

Fred Jack and I will have the CJOC Hurricanes pre-game show tonight at 7:00 (MDT) and the face-off just after 7:30.

This blog post is brought to by http://www.clearlylethbridge.com/.
Posted by Pat at 07:33