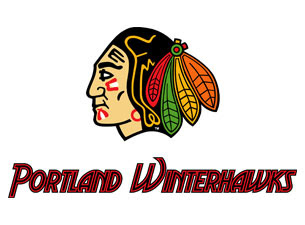 The Lethbridge Hurricanes will attempt to put the breaks to a long 11 game losing skid tonight when they host the Portland Winterhawks at the ENMAX Centre.

The Canes are winless in October so far, but should have one or two injured players back in the line-up tonight. Defenceman Albin Blonqvist is expected back and we could see Daniel Johnston as well. As for goaltender Damien Ketlo, I'm told he's very close to being able to play again and might go Saturday if he's cleared. Forward Phil Tot is still out.

This will be the only meeting of the season between Lethbridge and Portland. It's also the first of the U.S.-based teams to swing through Lethbridge this season. Over the next three weeks Everett, Seattle, and Tri-City will all make stops at the ENMAX Centre.

Portland is currently on a 9 game road swing. They sit one game above the .500 mark with a record of 7-6-1-1 in 15 games. The Hawks are lead by Ty Rattie, Lethbridge's Brad Ross, and Sven Bartschi.

The Hurricanes will host Red Deer tomorrow and Everett is in town next Wednesday before the Canes hit the road next weekend for games in Prince Albert and Saskatoon. Game time tonight is 7:00 (MDT). The pre-game show on CJOC at 6:30.