Two Former Canes Recruited by U of L Pronghorns

Following his first season at the helm of the Lethbridge Pronghorn men’s hockey team, head coach Spiros Anastas is excited to announce the commitment of 12 new recruits for the 2015-16 season.

Within the group of 12, the program will add nine forwards and three defencemen, seven of which have Western Hockey League experience and will take advantage of the WHL Scholarship program, while two spent time in the NCAA and the other three join the program after playing exclusively in the AJHL. 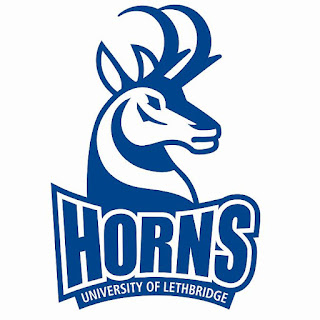 “We are extremely happy with our recruiting class thus far for 2015-16 and we’re not done yet, expecting to announce 2-3 more players in the coming month,” said head coach Spiros Anastas. “We will be a very young team but one that has significantly increased in skill and experience.”

“Our WHL games played have nearly tripled from last year's roster and a number of these recruits have been captains of their Junior teams,” continued Anastas. “It’s never easy to let go of as many players as we did at the end of last season, but the turnover was necessary to send this program in a new direction.”

Three of the incoming freshmen also have direct ties to Pronghorn alumni, headlined by forward Sam McKechnie. Sam is the son of Dana McKechnie, who was a member of the Pronghorn lone University Cup Championship team, while Blake Orban is also a second generation Pronghorn, after his father Scott played for the Pronghorns during their inaugural Canada West season in 1984-85. The third member of the group is former Olds Grizzly, Kyle Moore, who follows in his brother Dustin’s footsteps. Dustin is a former Pronghorn captain and Canada West first team all-star.

“I strongly believe that we are bringing in great people who want to be Pronghorns and great members of our campus community,” said Anastas about the group the program added today. “We are excited for our returning players, our incoming recruits, and this hockey program. We have worked hard at this and plan to take some big leaps from the improved strides we made last season.”

He set a career high in goals with 26 and 43 points with the Hurricanes in 2012-13 and this past season with the Blades he scored 22 goals and accumulated 42 points in 67 games.

Coach Anastas: “Sam will be a great addition for us down the middle. He is a very skilled player who also brings some grit to his game. He is a natural leader and someone that we will lean heavily on from the start. It's always exciting to add someone with alumni bloodlines, and we are confident that Sam will experience similar success to his father, Dana, during his time with our program.”

A member of the 2014 Edmonton Oil Kings Memorial Cup Championship team, Orban suited up for 254 career WHL games with the Vancouver Giants and Oil Kings, accumulating 57 career points and set career highs this past season in goals, assists and points with six goals and 19 assists for 25 points.

Coach Anastas: “Blake is another exciting addition for us as he is the son of one of the original Pronghorns, Scott Orban. Blake has a lot of tools that make him a solid defenseman. He has a great stick and a presence that makes him very hard to play against. Blake has played for some great coaches and has experienced one of the greatest junior accomplishments of winning the Memorial Cup.”

Another former Lethbridge Hurricane, Jay Merkley joins the ‘Horns after four seasons in the WHL where he accumulated 79 goals and 159 points in 266 games. With the Broncos the last two seasons, Merkley scored 34 and 17 goals respectively and set a career high with 66 points two seasons ago.

Coach Anastas: “Jay was a big surprise for us early in the recruiting process. He is a talented player who had a great WHL career. He has opted to forego his 20-year old season in order to begin school and we are very pleased to have him.”

A five-year WHLer, Dalton Sward suited up for 294 games in the WHL, all with the Vancouver Giants. During his time with the Giants, Sward recorded 59 goals and 57 assists but is known for a solid two-way game.

Coach Anastas: “Dalton is an incredible pickup for our program as he brings a lot to the table. Not many players play 5 full seasons in the WHL, let alone for the same organization. Dalton is a true competitor that does whatever it takes to win. He adds great depth down the middle for us, and is a very reliable defensive forward with some great offensive ability.”

Southern Alberta product Tyler Hansen returns home after serving a two-year mission for the Church of Latter Day Saints and is expected to make a seamless transition to university hockey. Over a four-year WHL career that ended with the 2012-13 season, Hansen patrolled the Kamloops Blazers blue line for 254 games and was an impressive plus 38 during the 2011-12 season. Over his career he accounted for 7 goals, 57 assists and 257 penalty minutes.

Coach Anastas: “Tyler is one of those defensemen that other players hate to play against. He is big, tough, and solid defensively, but can also move the puck incredibly well to add to offensive production. Although he has taken two years off to go on his mission, we are confident that he will step in right away and make an impact. His leadership ability and older age will be great for our young locker room next season.”

Calgary native, Colton Sheen spent three full seasons in the AJHL with the Okotoks Oilers, Calgary Canucks and Olds Grizzlys and set a career highs this season with 24 goals and 52 points, splitting time between the Canucks and Grizzlys.

In four seasons with the Olds Grizzlys, Kernahan suited up in 200 games recording 37 goals and 45 assist, while amassing 423 penalty minutes.

Coach Anastas on the three Olds Grizzlys: “We are adding some tremendous size and much needed depth with the addition of Austin and Kyle. Along with Colton, they were one of the hottest lines in the AJHL in the second half of the 2014-15 season. These three bring an exciting, in-your-face game to the table and will log some valuable minutes. Both Austin and Kyle have a knack in front of the net and Colton can really shoot the puck. They will be an exciting trio to watch.”

A former Spruce Grove Saint, Austin Kernahan will take advantage of the CIS eligibility repatriation rule, where Canadian student-athletes competing at an NCAA institution who wish to come back to Canada to play at a CIS member university will be able to do so and start competing right away, instead of having to wait for one year as was the case under the previous rule.

In 22 games with Rochester Institute of Technology (R.I.T) Fostvelt recorded four assists. During his final season with the Saints he recorded 37 points in 60 games.

Coach Anastas: “Dustin comes in with two years of NCAA experience and we expect a very smooth transition for him. He is a skilled defenseman who skates and handles the puck very well. He is versatile and can move anywhere within the three pairs. We are happy he is coming home to Alberta and chose our program to continue his hockey career.”

In his final junior season, Lindores scored 26 goals and added 35 assists for the Surrey Eagles in the BCHL.

Coach Anastas: “Robert brings some veteran leadership and experience to our lineup. He is a first-class individual that constantly puts the necessary work in to get better. Having played in the NCAA for two seasons, Robert knows what it takes to be great at a role and contribute to the success of the team. “

Former Moose Jaw Warrior, Bryson Gore played with the Calgary Canucks of the AJHL last season and put up 30 points in 55 games. As a Warrior, Gore scored 20 goals and added 14 assists in 137 games.

After playing two seasons with the Prince George Cougars, Roulston finished his junior career with the Nanaimo Clippers in the BCHL. Last season with the Clippers, Roulston recorded 37 points in 58 games. In 105 games with the Cougars, he scored nine goals and added 10 assists.

Coach Anastas on Gore and Roulston: “Bryson and Brett are two forwards that will do a lot for our lineup. They are very versatile players who can play a number of roles. They both have sufficient WHL experience and have been leaders on the Tier II Jr. A teams that they are coming in from. Both of these players come highly recommended by their coaches. Bryson is a very smart player that reads the game well, and Brett will go through anyone to win races to the puck. Both of them will be very valuable to our program.”