KENNEWICK, WA. - The Lethbridge Hurricanes will face-off tonight against their first opponent this season from the U.S. Division. 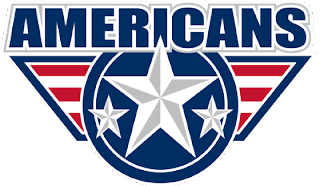 Like usual, the Hurricanes split up their U.S. swing into two separate trips, Tri-City and Spokane and then in the new year, they'll take on Portland, Seattle, and Everett down south as well.  Tonight, the Canes will provide the opposition for the Tri-City Americans.  It's been a while since the Hurricanes have won a game at the Toyota Centre, so perhaps that drought will come to an end here tonight.  Both teams come into this game with 2 wins on the season.  The Americans are 2-3, while the Hurricanes are 2-2.

This game certainly provides some interesting story lines.  Hurricanes goalie Ty Rimmer will play his old team for the final time in his WHL career.  Rimmer recorded the WHL's lowest goals against average while with Tri-City last year.  He would love nothing more than to record a "W" in his last-ever game against the Ams.  On the other side is Phil Tot.  The Hurricanes traded away their former first round pick to Tri-City just before training camp after Tot request he be dealt.  So both Tot and Rimmer will square off against their former teams in this one tonight. Also, it's Topping vs Topping for the first time. Hurricanes rookie defenceman Joel Topping will face his older brother Mitch. Both are looking forward to this one.

Although the Hurricanes and Americans only face each other once each season, these two clubs have a history.  In the last 6 seasons, Tri-City and Lethbridge have been involved in several trades back and forth, Rimmer and Tot just being the latest players to switch jerseys.

The Hurricanes will be without the services of Brady Ramsay for the next few weeks.  He was given a 5 game suspension by the WHL for an incident at the end of the Canes last game in Kootenay.  He'll serve the first game of that suspension tonight.  With Ramsay not able to play, that means the Hurricanes will need a few others to step up and fill the offensive void.

After tonight, the Hurricanes will head up the highway to Spokane and take on the Chiefs there on Saturday night.  The Canes return home Tuesday to host Prince Albert, which is the start of a 6 game home stand for Lethbridge.  They will also play 12 of their next 14 games at the ENMAX Centre after this short weekend trip to the U.S.