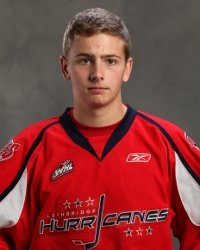 The Lethbridge Hurricanes were dealt a blow Wednesday when the team announced they would be without Defenceman Adam Henry until January.

The 17 year old native of Winnipeg, Manitoba was diagnosed with Myocarditis, a condition that’s an inflammation of the heart muscle and while there are various causes, it’s most often due to common virus infections.

The Lethbridge Hurricanes focus is the health of Henry, and we wish him all the best in his recovery. We look forward to his return to the lineup in the second half of the season.