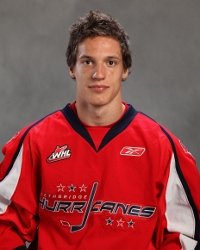 The Lethbridge Hurricanes are prepared for the 2011 CHL Import Draft which will take place Wednesday, June 27th. Each team in the CHL is permitted to carry two European Import players each season.

These players are selected annually at the Import Draft, with the selection order rotating through the Quebec, Ontario and Western Hockey League’s using an inverse order of their final regular season standings from the 2011-2012 season.


Lethbridge has the 17th and 77th picks and will retain their first round pick following the release of Forward Juraj Bezuch. The 18-year old year from Skalica, Slovakia was taken 56th overall by Lethbridge in the 2011 Import Draft and he registered 21 points (8G, 13A) in his 67 games with the Canes. Bezuch will now be re-entered into the talent pool for the 2012 CHL Draft after the hockey club was unable to find him another WHL team to play for.


On their 17th overall pick, Hurricanes Assistant General Manager, Brad Robson stated “we’re pretty confident we’re going to get a really good player. Talking to a few of the agents for players that are out there, we do know there are players in Europe that want to come to North America to play, so when we draft a player, it will be a player that we know wants to come to North America and play in the CHL and wants to come to Lethbridge and play for the Lethbridge Hurricanes.”